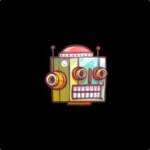 Skin trades inside of Steam with CSGO Tradebot Elma

CS:GO Tradebot Elma not operate anymore that is why we recommend CSGOEmpire

Skins trading on different sites has become possible only because of the same possibility inside of the Steam marketplace. In fact, all the trades happen only through Steam, on the base of its trading system – for example between Steam accounts on marketplaces and between an account and the trade bot on an automatic trade service.

But why many gamers use external sites, not just Steam? The whole industry of the skins trading is based on limitations of Steam – users can’t withdraw money from this marketplace, so such trading becomes rather like exchanges inside of the platform. 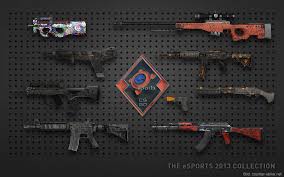 Most of the trades on Steam Market happen between users. So, you should or find a proposal, or create yours and wait for someone to accept it. Another one way is trading with bots of the Steam Group “CSGO Tradebot”.

On the main page of this group, you will find links to a few trade bots. They are like virtual collections of game items, left there by different gamers. Each bot has its own set of skins and it often changes – something is taken away, something is left.

These bots are named in quite an interesting way – there are: bot Elma, bot Alex, bot Cora… Click any of them to initiate the trade process. A standard Tradeoffer window will be opened. Here you can choose items from your inventory to place them to the exchange section. Then click the section of the partner’s inventory to choose items you want to get from this trade. Notice that the total sum from your skins should be bigger than the sum from the bot’s items – this is not a charitable exchange, and the bots should work with some profits for owners of the system.

Remember also, that CSGO trade bot Elma with “her” “brothers and sisters” have some rules:

Naturally, CSGO bot Elma accepts skins only from Counter-Strike: Global Offensive. Some expensive knives or unusual items can be declined by bots because of the rules about 20 trades per a day. If bots can’t get an accurate price for some items, the trade will be not accepted but also not declined. Admins of the group check such trades, so the process can take some time.

There are no Bonuses and Promotions in this group.

This service proposes a nice way to exchange skins to other, more interesting for you, items. At the same time, gamers have here quite limited possibilities – no trades for real money. To get some nice skins, visit different bots of this group in different time. Gamers can even revert or change their trades by writing an email to the group admins.